No Game No Life 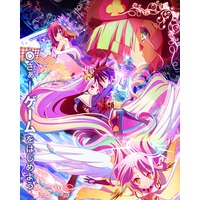 No Game No Life is amazing. And it makes me wonder what series it is similar to? 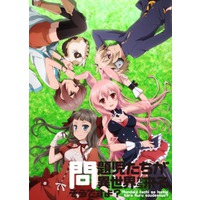 Mondai-Ji-tachi was the first series I thought about. With the whole being summoned into an alternative world, where various races and gods compete according to established terms ... but No Game No Life is so different. The characters, the rules, the world and especially the The One and Only God

Teto makes everything more interesting.
I agree with you, No Game No Life is amazing.

I'm not entirely sure what it's most similar to. Mondaiji was the first thing that came to mind too when I thought about something that was similar to it, but there is still so much that is different. Though I do have to admit, the main male characters in both shows are complete badasses. Just that one's strength is more mental and the other's is more physical.

I can't really think of any other shows I could relate it to very well. I thought of some vague aspects of other shows that it might be like, but then I thought too much about it and my brain kind of decided that they were stupid ideas.
Mondaiji is indeed the first one that comes to mind, followed by Dual!, hehehe.
Izayoi also happens to be suprisingly smart too, but of course on an incomparable level to Sora.
Join this Guild to post a reply [close]
Ads
Please know that cookies are required to operate and enhance our services as well as for advertising purposes. We value your privacy. If you are not comfortable with us using this information, please review your settings before continuing your visit. [close]
Ads