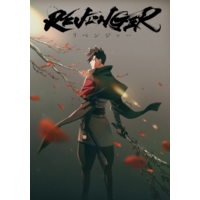 In a dark night, Hirata and his samurai are attacked by a man, who happens to be Raizo Kurima, the daimyou's retainer.
In the next day's morning, a mysterious man called Yuen approaches Raizo, explaining that he was tasked to investigate the stern looking man that was sleeping under the bridge.
After detailing that he was tasked to dispose of an opium trading traitor that happened to be someone close to him, Raizo realises that he should just leave the town.
On his way out, three men attack Raizo, claiming the he was no use to the chief officer Matsumine anymore, leading Raizo to jump into a river to save himself from their gunshots.
Raizo is saved by Nio, a member of Yuen's group of ＂all-purpose laborers＂.
After learning that Matsume was the one trading opium and that killing his own father in law was a ploy, Raizo agrees to join Yuen's group and seek revenge.


Have you tried today's game ?
ACDB has a big collection of fun mini games for you to try out.
By playing our daily game selection, you can get many jewels and cards!
Not a member? Join us!