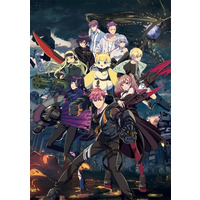 Ryuuhei Oda is a normal teenager, happy to go to school and chat about games with his friends, practicing boxing and skipping doing homework.
That normal life comes to a halt when he gets bitten by a mysterious creature at night. After being bitten, Ryuuhei gets transported into a fantastical dream with large monsters chasing after them.
In the dream, a girl and a boy reveal that he must run before the ＂Desaria＂ appears.
Believing it all to be a very realistic dream, Ryuuhei forgets about the situation, until he gets visions of a portal in the middle of the streets.
The monsters in the dream get transported out of the dream, and now Ryuuhei with other dreamers, known as ＂Knocker-ups＂, must fight these creatures in real life.

~
Comedy manga, MASHLE will get an anime adaptation! 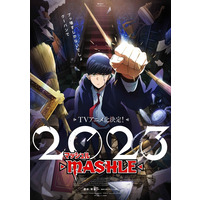 Planned to air in 2023, Mashle is set in a fantasy world where magic is bound to everyday life, and society is separated into ranks of differing magic skills.
The main protagonist, Mash Burnedead, is a little bit different from his peers at magic school: he has no magic abilities.
But in what Mash lacks in magic, he has doubled in physical power.
Determined to show the Magic School that his abilities are as good as theirs, Mash is setting out to becoming a Divine Visionay, with the magic of muscles! 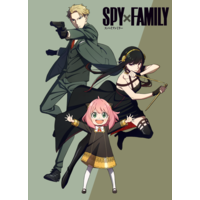 The highly awaited first day of school comes close. At the tailor store, the Forgers get a warning, apparently being in such a high class school means danger,
as some Eden School's students get kidnapped and even parents that aren't alumni get bullied.
Twilight meets with Sylvia, WISE's handler for some debriefing about the mission.
Loid is instructed to encourage his daughter into social gatherings to proceed
with Operation Strix phase two, by getting academic merits, or as the school names it, Stellas.
Meanwhile, Yor decides to be more motherly towrards Anya, but the warning from the shop owner turns into reality when a gang of thugs try to extort money from Yor.
Inspired by Yor's strength fighting the thugs, Anya requests for some lessons on self defense.
First day of school comes by, and, as instructed, Anya tries to get close to
Damian, Desmond's second son, but starting a friendship proves to be more difficult than it seemed.

Looking out to the results of the interviews, the Forgers get a terrible surprise as they cannot find Anya's name on the list.
They receive news that Anya's case was moved into the top of the waiting list, it was only a matter of waiting.
Big news come by finally after three days of waiting, and now the three decide to commemorate their success.
Franky joins in the celebration, inducing Loid to reward Anya for her hard work and to do as her wish.
Anya's requests aren't easy to accomplish, so Loid has to use his spy connections to get everything perfect.